The Brame, The Rutt 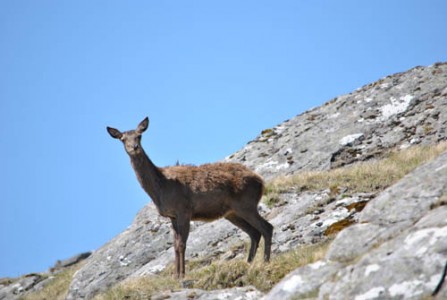 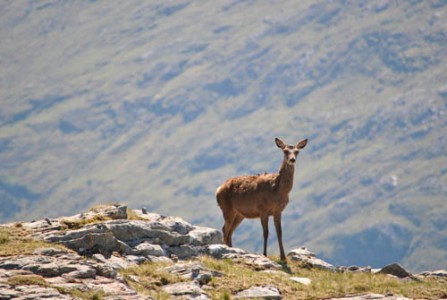 Approaching dusk on any evening from mid-September until mid-October, upon certain hills in the Ariège you can hear the sound of male deer calling, their calls a challenge and a demand to other mature males in the area to foregather in their annual contest to see which male will be `head concho` so to speak,  to win all the female deer, and sire all the following year`s offspring.    The dominant male, once elected, will be King of the Herd that season, until challenged again the following autumn.

The sounds of the males barking, grunting, pawing the ground, and coming head to head, is called `Le brame` in French, The Rutt in English.

It is an incredible thing to witness.   It is possible to listen and sometimes to watch, without disturbing the deer.    I listened to it the first time last year, it began with one male barking, or braying,  a very guttural sound, from some distance away, and you could hear the sounds gradually becoming closer, until he was only a few 100 yards away.    After a while, another began his calls, occasionally you would get a glimpse of a couple of females coming along also, or perhaps a female with that season`s calf still with her.    Each male, was making the same sorts of sounds, although their pitches of tone were slightly different.     By the time about four of them were all pacing, and pawing the ground, barking and grunting it was quite a cacophony of sound, and then I suddenly began to hear it almost as if it was an opera being performed.    You know how in many operas there are several people all singing the same song, at different levels of pitch and sometimes not in time with each other, sometimes singing different versions of a similar melody and then perhaps coming together momentarily in a level of harmony before continuing in their separate but similar presentations of what becomes familiar because of the repetitiveness of it.    This was how it was for me listening to the stags.    It was, of course, by then completely dark, and only possible to see occasional glimpses of them with your bare eyes, better through infra-red binoculars, or, as we departed, in the headlights of the car.    One was clearly much older than the others, he had a fine set of antlers, another not so big, I couldn`t see the others, but I could hear them very clearly just yards away.   I found it pretty shocking, how close we were to them.    You could feel the ground vibrate with their pawings and pacings and stampings.

I felt really honoured to have witnessed this.   There was something really primeval about it.    I just knew it had been going on year after year, century after century.    In the same way that some evolutionary developments don`t seem to have changed much over time, this is one such I think.   In the same way I cannot imagine an ant as having been much refined over recent millennia.   They are efficient.    So is this.    I would think this has been happening in mountain ranges far far longer than humans have been able to recognise is for what it is.

It is an event completely in tune with the landscape, not engineered by anything other than the deer`s natural instinct.   Their way of procreating the fittest of their breed.     The unsuccessful males either concede defeat gracefully and continue to live in the same area if they are relatively immature, but not mating with the females, or they go off in search of a new `patch` and try to begin another herd.   Only so many males will be tolerated in any one herd by the dominant stag.

In this area of the Pyrenees  the foothills do not have a history of supporting sufficient numbers of males to necessitate a rutting, but with careful management of the numbers of deer (both male and female) that are allowed to be taken by the chasse/hunt each year, the numbers are rising, and therefore the numbers of males straying further from the high mountain regions of the Pyrenees into the foothills searching new areas to patrol are noticeably gaining.    And where hunt experts have previously said there would never be a rut/bram in this or that valley because there just were not enough males needing to compete for a particular area, this is changing, and it is possible now to anticipate that there may be ruts/brams to look forward to in the hills around Engraviès, certainly, I hope,  during my lifetime.

There are plenty of deer in and around my surrounding hills, and because they are not over populated by  mature males destined to compete, at present it is necessary to go for a short drive (30 minutes) to be able to see first-hand  the rut.

I will be happy to organise a guide for you.  This is an invitation to anybody really.   You do not have to have great levels of fitness, as travel is by car, and you do not have to go any distance from the car in order to hear the stags.    It is a case of being in the right place at the right time.    You need to have just a little patience and you will be rewarded.   I found it a truly memorable experience.   I hope you will too. 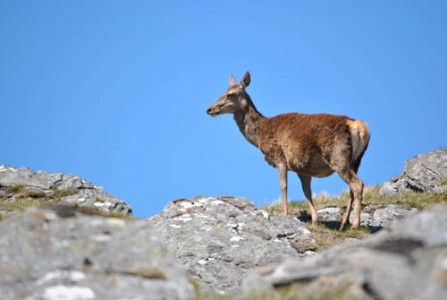 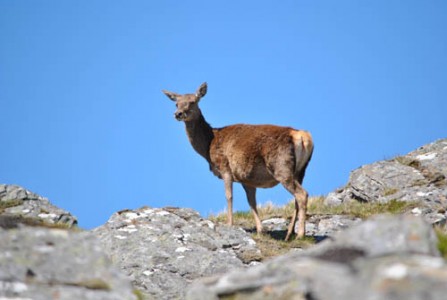